Social media has been ablaze with comments mainly against the news of a potential travellers site on the Eastwood Road. This has come about after some residents have received an anonymous ‘tip off’ in the form of this letter. 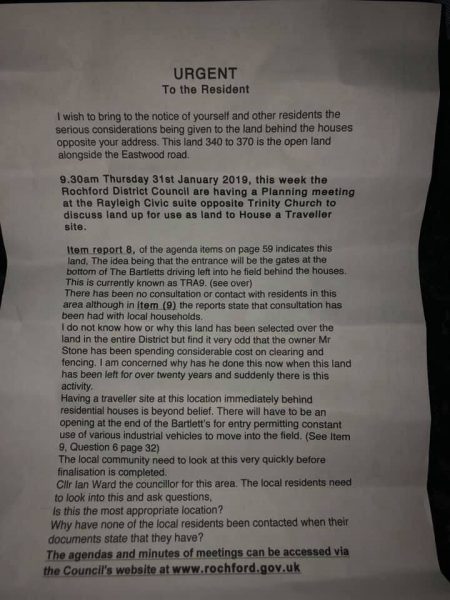 The letter appears to be from an individual, rather than a group, as it states ‘I am concerned….’

Residents fears could be warranted, with a change in Government policy now that in part states that it must “promote peaceful and integrated co-existence between the site and the local community” sites within the settled community could be looked for over the more segregated sites.

Our Cllr, James Newport, asks the question though, could have this potential conflict been avoided if only the Council had moved quicker on delivering the site allocated in 2014?