In May, the local elections are due to take place. With 13 Councillors up for election, the wind of change could shift power into the hands of the opposition groups. The Tories current holds a very small majority of just 3 Councillors (21-18). They’ve had a rough couple of years since the last elections, with numerous high profile blunders. First, there was the controversial decision on Frances Cottee Lodge, with rumours of residents being forced out of their homes and the fear of the homeless turning it into a ‘ghetto’. Then there was the ‘head in the sand’ approach taken by the ward Councillors responsible.

Next up is the playgrounds closures that occurred during ‘prime time’ summer holiday use. With uncertainty around the future funding before the District Council managed to ‘offload’ some of the funding gaps onto the Town & Parish Councils. 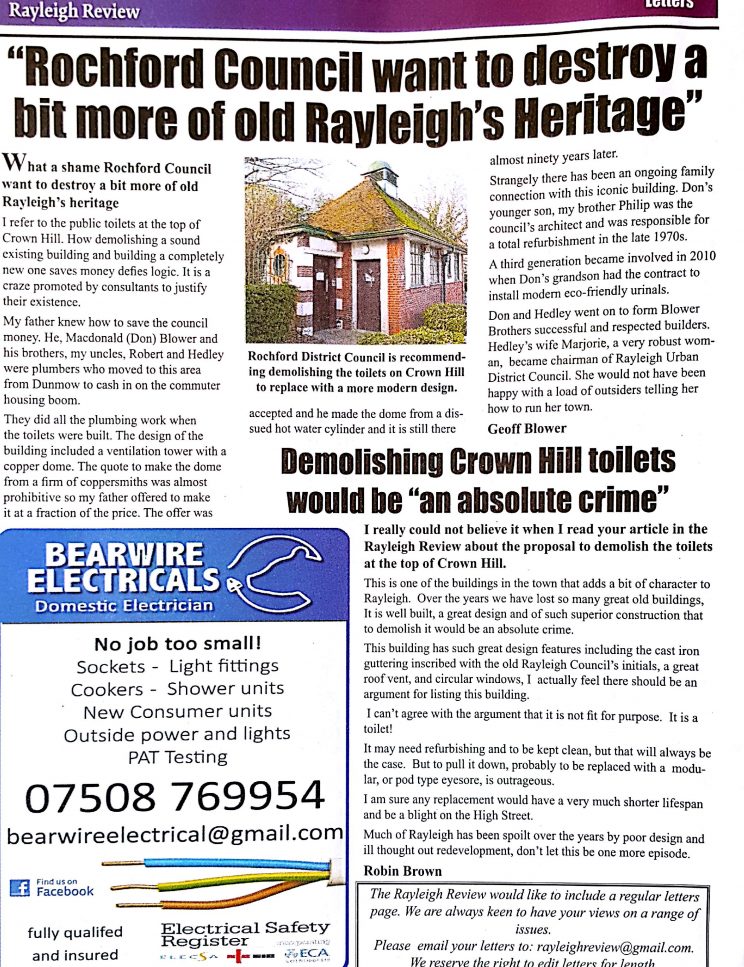 Then came the public toilet fiasco with the Conservatives taking an option to splash out £365k across the district on new toilets. However they simply ‘forgot’ to get a quote on the costs of refurbishing them and decided to systematically “destroy a bit more of Rayleigh’s heritage”

These are just a few of the high profile problems that the tories have managed to blunder through, will they be able to take this on the chin come the May elections?