James Newport joined the Lib Dem group in 2015 as he recognised how hard they worked locally for residents all year round and was elected to the District Council in 2016 (2016-2018).

Passionate about fighting against over development, air pollution, wasted taxpayers money and lack of transparency within the Council. After listening to concerns from residents, James recently supported the formation of a Community Safety Panel (CSP) by Rayleigh Town Council to tackle lack of policing and community safety. James is also keen to support the town's retailers & High Street challenges.

What We Stand For 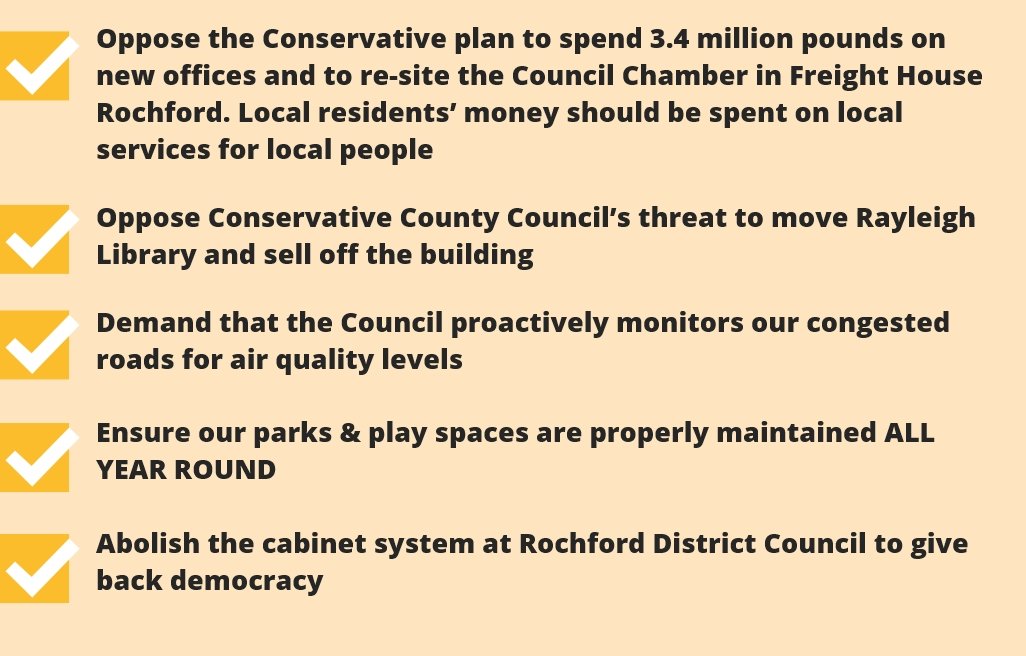