We were very sorry to hear about the passing of former Lib Dem Councillor for Ashingdon, Clive Wren, who died recently , aged 78. Our thoughts are with his family.

We were kindly sent the following obituary and photo, which we are very happy to publish. 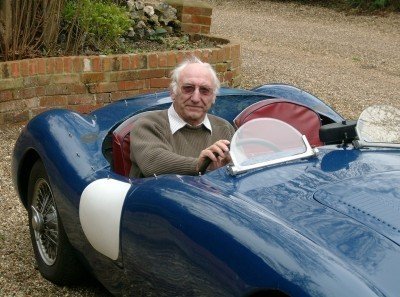 Clive was born in October 1935 to Robert and Leah Wren of London.
—-
He left school after passing his matriculation exams and joined the RAF to complete his National Service where he gained his pilot’s licence. Like many others in his position he became interested in motorsport and spent his leave designing his own ideal sports car. Unlike many others though he turned his dream into reality and on completing his National Service founded Convair Developments with his brother Terry. They set up their business in a corner of their father’s cabinet making workshop. Clive made a full scale model of his design and set to making moulds using glass fibre. Soon they were producing high quality glass fibre body shells to sell in the embryonic kit car industry.
—-
Similar likeminded pioneers and members of the 750 Motor Club would meet up at The Abbey Hotel on the North Circular to discuss ideas and developments. Clive listened in on numerous heated debates including those between Colin Chapman, founder of Lotus, Leslie Ballamy and others. Terry looked after the commercial side of the business while Clive immersed himself in the engineering mastering a wide range of skills. As a result it was not long before Convair were selling suspension conversions, complete chassis’s and undertaking other bespoke engineering work.
—-
The introduction of the Austin Healey Sprite effectively put an end to their dreams as they realised they could not compete with a mainstream manufacturer. Unlike a number of other fledgling sports car companies of the time Clive and Terry decided to wind up the business and change direction rather than fight on. In all about 130 bodies were made in three different styles and 50 or so chassis. One complete car exists in the Haynes International Motor Museum in Sparkford, near Yeovil and several others are in private hands.
—-
The brothers went their separate ways and Clive’s next enterprise was to run a fleet of oil tankers supplying heating fuel to establishments in the East End of London. The flying bug never really disappeared though and the brothers soon got back together and started importing used light aircraft from abroad for resale back home. Again Terry looked after commercial matters and Clive took on the maintenance and restoration work. This led to Clive running an aircraft maintenance company based at Southend Airport dealing mainly with light aircraft and small commercial planes. The business became quite a success and Clive diversified into other areas of aviation acquiring or setting up businesses in ticketing, ground handling, aircraft chartering and a flying club. He also stood for and won a seat on Rochford District Council. He was the instigator, of the then secret meeting, in the early ?80?a between representatives of Manchester Airport, and the Council Leadersof Essex, Castle Point, Basildon, and Rochford to offer to Southend Airport Committee a ?lifeline? to develop the airport rather than Southend hand the running of it over to a subsidiary of Stansted/BAA. His fear was that Stansted would overpower Southend, taking away aircraft maintenance and cargo ? and how right he was! Now, 30 years later, Stansted is owned by Manchester Airport!
—-
Southend Airport gradually declined and Clive closed his businesses one by one until he finally retired at the beginning of the new Millennium.
—-
He was survived by his wife Patricia; his daughter Amanda and his two grandchildren. Our thoughts are with them. In lieu of flowers, the family have requested donations to Fair Havens Hospices in Southend.
++++
Angus Dudley/Richard Boyd OBE DL