Last month we wrote about how a number of items were discussed in a private and confidential session at the District Council. We can now tell you that one of the items was an update on the council’s Information Communication Technology (ITC) that the opposition wanted to discuss in public.We can now legally show you some extracts from the minutes of that meetin

The first extract explains that this was all to do with the Council’s ITC project:

The next extract shows that a couple of votes were taken . The first vote was attempt by Green Party councillor (and ITC specialist) Stuart Wilson that the project be suspended. This failed narrowly 17-19. The second vote was a Conservativemotion  to proceed with the official recommendations in the report – this also failed 17-19. 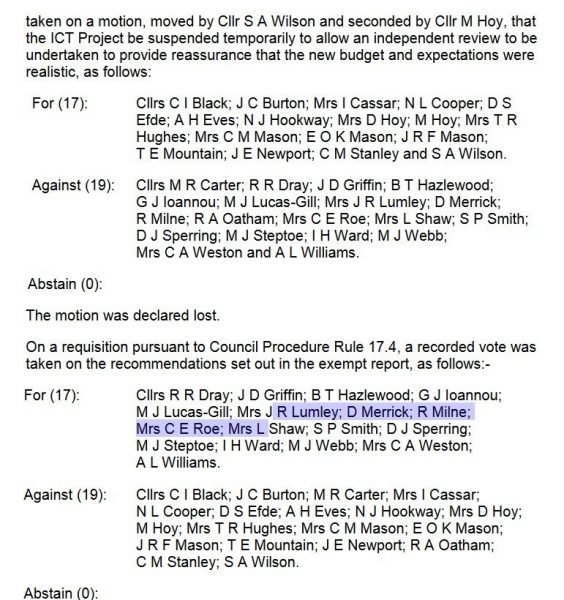 So two motions had failed, but a third one was passed. You might regard it as a compromise: