Monday nights, Rayleigh Town Council full council meeting, had an interesting item on the agenda. The discussion about replacing the existing Chairman with a Town Mayor. 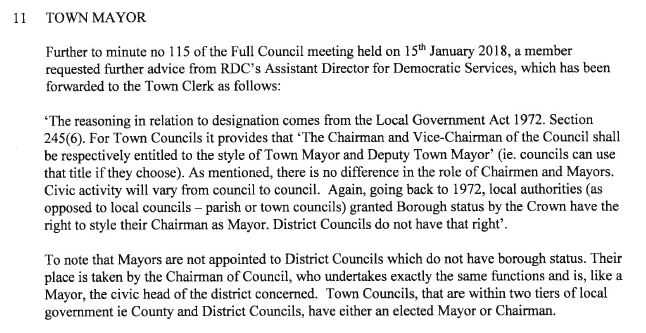 The debate was led by Cllr Jack Lawmon, who seemed very keen on the idea (we wonder who the next Chairman will be of RTC?!) and comments were promptly followed with Cllr Ron Oatham, who was dead against the idea and passed comments about ‘grandeur’.  A few Conservative members of the council support Cllr Lawmon’s enthusiasm for the change in title.

However, the overall mood in the chamber was that Rayleigh Town Council should continue with a Chairman until the end of this election period before reviewing the idea.