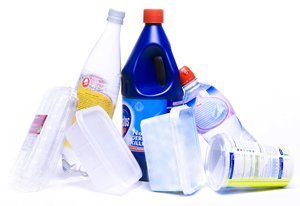 The Guardian? did a feature last Monday about recycling, looking at four councils with good recycling levels and seeing how they did it. One of them was Rochford:


With England?s highest recycling rates Rochford?s head of environmental services, Richard Evans, ascribes its scheme?s success to simplicity. The biggest bin outside homes is for recycling ? 240l compared with the 180l ?residual bin? ? which has helped shift mindsets. The 140l garden and kitchen compost bin is collected weekly and the others fortnightly, encouraging anything which could get smelly to be composted. Keeping collection dates the same, even on bank holidays (except Christmas) helps keep it simple, Evans says. ?In 2008, we were one of the lowest in Essex, at 29%, but as soon as we launched this scheme it was almost immediately 60%. Odd months we were going over 70%.? The council takes a ?softly softly? approach to contaminated recycling ? persistent offenders may be asked to re-sort their waste. ?It?s in everyone?s interest to keep service costs low,? Evans says. Rochford starts using a new MBT plant at Basildon in November, which will see its landfill contribution fall further.

You can find the full article – with plenty of comments – here.