First the important part. When the unit arrives in the District it will be located at

Why not Mill Hall?
Some residents may be wondering why the unit isn't located at it's usual 'spot' in the Mill Hall car park. Since the Mill Hall is closed there is access to the public toilets facilities as is the norm when the unit is in situ. The alternative sites offered to the NHS were found to be unsuitable for a number due to a lack of suitable power supply.

Sometime ago, the NHS contacted James about the breast screening unit coming to the District with concerns that the service may not be delivered due to the car parking fees that RDC wanted to charge them (nearly £3000).
In February during the Council's budget meeting,  James challenged the leader of the Councillor over the fees (click to listen) and asked him to commit to removing the charges altogether.

When asked about the charges that RDC wanted to charge the NHS, James told onlineFOCUS

"What struck me the most was that not one single female Councillor of the target age of breast screening stood up for any female resident in the District to have these fees removed. It's gobsmacking that even the women on our Council, failed to realise how vital this service is to our residents and it's really something that it took the Lib Dems to highlight this and force the Conservatives to U turn on their policy. I am pleased that finally, the Conservatives saw sense and have put peoples health before income, yes it's a blow for residents in Rayleigh that the breast screening unit can't be located in the town but hopefully the location in Hockley won't put them off taking up their appointments for this potentially lifesaving service." 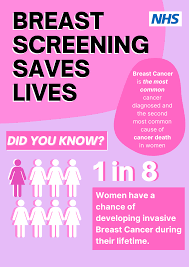