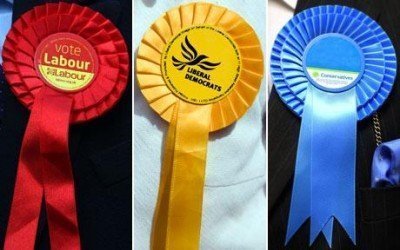 A few items worth reading from other Essex blogs:

Very sad news this week with the death of Mr Tony Tomassi, a freeman of the town, but also an essential part of our recent history through his longstanding and popular High Street restaurant. As a child the ultimate holiday or weekend treat was a visit to Peter Pan’s playground followed by a visit for lunch or tea to the Tomassi restaurant. Originally on the east of the High Street the main course was good but only the warm up act for the real treat for any child – the amazing selection of Ice creams…..

Colchester Lib Dem Councillor Nick Barlow says it’s time to end the coalition (though he is probably still in a minority amongst Lib Dem councillors):

The principal reason for the coalition coming into existence was because we were ? and still are ? facing a global economic crisis, and the national interest required a stable government that could take steps to deal with the economic situation. On that count ? the prime mover behind the creation of the coalition ? the government has failed. The British economy is at best stagnating and at worst going through the opening pangs of an overlong multiple-dip recession. The government?s plan for dealing with the problems has failed and there?s no agreement between the coalition parties over what we should do instead.

Southend Labour Blogger Jack Monroe has won an award for voluntary work and has got a new job: :

In case you don?t recognise the rare-as-hens-teeth Jack-in-a-dress, I?m the one on the right of The Worshipful The Mayor, Councillor Sally Carr, looking very chuffed and only slightly embarrassed!….
…… First day at work over with yesterday and I am officially a working mother again. This morning, terrified that the Benefit Fraud Police were lurking in my lavender bush, I took the plunge and called Her Majesty?s Revenue And Customs Tax Credits Helpline to start the ?oh my god I?m back at work? process. Third time lucky, I guess.