At last Tuesday’s meeting the District Council pressed on with their plans? for future development.

The six councillors on the sub-committee were all there –
5 Conservatives: Keith Hudson, Heather Glynn, Keith Gordon, Simon Smith and Colin Seagers
and 1 Lib Dem: Chris Black.
When you are outnumbered 5 to 1, you don’t expect to win many votes….
In addition two visiting members came along, Lib Dem Ron Oatham and Conservative Brian Hazlewood.
There were also about 17 members of the public present, mostly interested in Rayleigh Sports And Social Club. One of them walked out halfway, saying ‘this is a waste of time’.
Also there was a full team of planning officers, led by Shaun Scrutton.

What About Those Alarming New Housing Figures?

The alarming phrases that mentioned a lot more? potential housing were all removed. It seems that some of the Conservatives were as concerned as we were. So, for example the wording? for ‘Land North of London Road’ was changed from:

The Core Strategy (Policy H2) identifies that the site in this general location should have the capacity to accommodate a minimum of 550 dwellings during the plan period.? The site identified in Figure 6 is capable of providing 550 dwellings at a density of 30 dwellings per hectare, plus a flexibility allowance of 5%, if required.

Changes were made in similar way for other sites such as SW Hullbridge, which now reads:

?The Core Strategy (Policy H2 and H3) identifies that the site in this general location should have the capacity to accommodate a minimum of 500 dwellings during the plan period.? The site identified in Figure 12 is capable of providing 500 dwellings at a density of 30 dwellings per hectare, plus a flexibility allowance of 5%, if required.

What Other Good Things Came From the Meeting?

Well, the Conservatives would probably say that everything that came out of the meeting was good, this was effectively their document! But from our perspective :

What Happened With The Hockley Area Action Plan ? 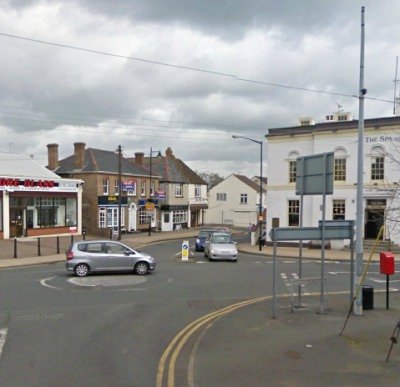 After a fair amount of discussion, it went through. Heather Glynn was concerned about certain aspects of the plan, Ron Oatham stressed the importance of leisure facilities such as the tenpin bowling.

What Happened With Rayleigh Sports and Social Club? 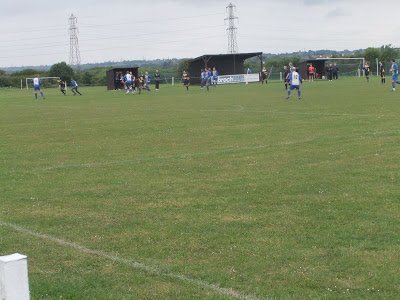 The Council are sticking to their new policy of forcing the Rayleigh Sports & Social Club to move.

Heather Glynn and Keith Hudson moved an amendment that presumably was intended to calm the fears of the club:

?The playing field to the south of the site along London Road should be relocated. A replacement sports field with new ancillary facilities together with a new club house will be required to be provided ahead of any removal of the existing facility so as to ensure the continued and uninterrupted operation of this valuable community facility. The new structure will be required to be built to the BREEAM (Very good) standard thus providing a new, efficient and environmentally friendly establishment which will be of great advantage to the community as a whole and to the operators of the Sports and Social club. It should be located within the green buffer to the west of the site, although the arrangement of the facility should be such that the clubhouse and associated development are positioned adjacent to the residential settlement to the east and integrated into the development. It is calculated that the new club house will be built within 340 metres of the existing location and will be served by a new road. Additionally this facility should be well connected to the pedestrian and cycling network.

Chris Black still objected to the proposal, saying it was being imposed on the club and he would only support a move if it was by agreement. Even in September the council was still staying that the sports pitches should be allocated as open space.

However the Conservatives forced this through.

What about the Land North of London Road proposals?

Well, they went through. Chris Black got an amendment to look at the feasibility of having a through route between London Road and Rawreth Lane but stressed that traffic problems were a big concern in general, that extra development could bring London Road to gridlock and Rawreth Lane not far behind. He pointed out that with the proposals for the Rawreth Industrial Estate, Land North of London Road, eoN and a proposed new employment site near Swallows Nursery, there should be a Traffic Impact Assessment before going any further. This was important? not only for Rayleigh residents, but for people living elsewhere in the district who also used these roads.

The proposals for Land North of London Road went through by 5 votes to 1. Chris Black voted against , mainly because of the traffic issue and the Sports and Social Club.

The proposals went through by 5 votes to 1 here as well. Chris Black voted against because of concerns about Watery Lane. The documents said that road improvements would be made, but despite all the thousands of pages of paperwork, there seemed to be no information on exactly what was needed to make the road suitable for all the extra traffic!? So there was no guarantee that the necessary work would be done.

And the rest of the sites?

They each went through after a bit of discussion. This included the proposed Traveller site near the Fairglen Interchange. There was an amendment agreed to make this a council-owned site.

?And What Happens Now?

The whole document goes to an extraordinary meeting of the the Full Council for rubber-stamping. Then there’s a consultation period , and then? all the responses? go to a government inspector.

UPDATE, NOVEMBER 5TH -Just to make it clear, bearing in mind some of the comments below , we are advised by the council that there is no agreement or arrangements between the District Council and any developers or landowners regarding the Hockley Area Action Plan.?