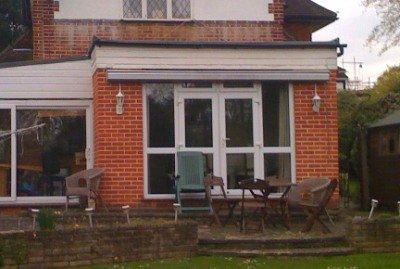 Since the coalition announced its latest proposals on planning last week, we’ve talked to a few Lib Dems and Conservatives and got a mostly negative reaction. The most optimistic response was ‘Wait for the details’. The most hostile response – in relation to building extensions – was ‘This is just desperate stuff that won’t help the economy’.

You can read the Downing Street Press Release here, but these are the important bits:

The second key proposal is to allow developers to renegotiate agreements on affordable housing. Developers that have not pressed ahead with a project despite five years of permission will be able to appeal to the planning inspectorate to lift the conditions about including affordable housing. The idea is that some sites are ready to be built on, but in the current financial climate developers can’t afford the affordable housing they had already agreed to.

So at a time when we need more affordable housing, the government is thinking of letting developers break their agreements? What next, allow them to break agreements on open spaces? A lot of councillors will need a lot of convincing on this.

The third key proposal is to treat councils that are slow at decision-making as bad boys and allow developers to ask permission directly from the Planning Inspectorate. This seems to be a case of ‘playing to the gallery’. Councils have to process documents, consult neighbours and other bodies like Highways Departments, and then prepare reports. Applications may then go to a planning committee – that’s part of local democracy. In any case, with most applications, if a decision hasn’t been made within eight weeks an applicant can then go straight to the planning inspectorate anyway.

Incidentally, Rochford District Council is fairly quick at making planning decisions, In the first quarter of this year it made a decision on 88% of ordinary applications within 8 weeks. Though it was slower at dealing with bigger schemes.

The fourth key proposal is to allow, for one year, people and businesses to build bigger extensions without needing planning permission. According to the Guardian the coalition is suggesting

– On a detached house a single storey extension can be up to 8m long.

– On a terraced or semi-detached house a single storey extension can be 6m long.

– Rules on height, materials and so on are expected to remain unchanged

Things aren’t quite as drastic as we first thought. They can only be one storey high without planning permission, and can’t be more than half the length of a garden. But even so, this seems to be ill-thought out: