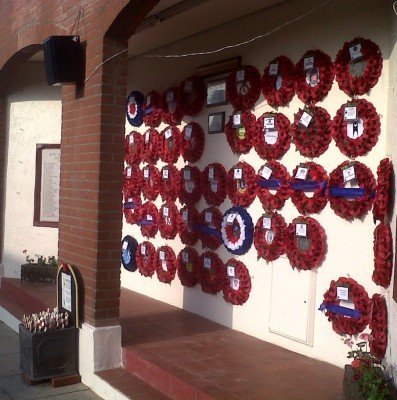 Rochford District Council is proud to publish a record to remember the sacrifice of more than 400 local men who died in the First World War.

The publishing of this list of names marks the centenary of the start of the War, which begin for Britain on August 4, 1914, and recognises the contribution made by these local heroes. The list can be found below (once the PDF opens you can zoom in for more detail).

The list details the name of each man, unit or ship in which he served, date he died, and where he is buried or the memorial where he is remembered.

But it also includes some tragic stories; the soldier who was killed in action while working as a stretcher bearer carrying a casualty as a result of shellfire, the Petty Officer killed on a ship which blew up at anchor with the loss of 800 men, and the Captain who died on active service from a mid-air collision over Shotgate when searching at night for Gotha Bombers.

It also gives us a clear picture of the tender age of some of these men including the sailor? who worked as a telegraphist and died aged just 15.
———–
The details provided include, where possible, where these men lived, their occupation, family members, and how they died. In some cases, families lost more than one son.

For some there are gravestone inscriptions, including one to ?a faithful soldier,? others are recognised for having been awarded decorations for gallantry.

The list was complied using the current day District boundary and includes not just those that were living in the area at the time of the War but those that have had a link to the area through residence or family connections.

It is acknowledged that this list is probably not complete or that some of those included have no more than a tenuous link to the District but it was deemed better to remember than to exclude.

It shows how these local men served in all branches of the British Armed Forces, The Royal Navy, The Army, Royal Marines, Royal Flying Corps and Royal Air Force across a wide range of units or Regiments. Men that had a connection to the area prior to the War but had emigrated returned to serve in Canadian, Australian and other Empire nation uniforms. Some were existing servicemen, some were in the Reserves or Territorial Force, many volunteered and others were conscripted.

Service was seen in all of the theatres of war across the world; The Western Front, Italy, Salonika, Gallipoli, Mesopotamia, Africa and at sea. Men from the District area fought in all of the major battles; Mons, Ypres, The Somme, Arras, Passchendaele, Amiens, Gallipoli, Gaza and Jutland to name just a few.

Many died in action or of wounds and several died as a result of accident or illness.

?I would also like to thank those who put the time and effort into compiling this list as a lasting memory to those who fought and died for our freedom.?
—————
Mike Davies, of Rayleigh Through the Looking Glass, said: ?This is a significant body of work that tells the human stories of those young men from our District many of whom died in tragic circumstances, leaving behind grieving family and friends.

?Even those that survived suffered both mentally and physically for the rest of their lives. They fought for King and Country in a war to end wars. We will remember them.?

John Baker, Southend-on-Sea Branch Chairman of the Western Front Association, added: ?I’m delighted that lives of our fallen of the First World War are being commemorated by this Role of Honour, it gives you an indication of just how great the slaughter was nationally when you consider that over 400 men from this small region alone made the ultimate sacrifice.

?Thanks to Jim, the long list of names on our war memorials are no longer anonymous, we now know where they lived, worked and who they loved, may they forever rest in piece. On behalf of the silent who cannot do so, I’d like to say thank you to Jim who has put many, many hours of hard work into this project and I’d like to express my gratitude and appreciation of a job well done.?

Rochford District Council has plans for a four year programme of events from 2014 to 2018 to mark the Centenary of the First World War.