The special District Council meeting to discuss the proposed downgrading of Southend A&E is this Thursday at 7:30 pm at the Civic Suite in Rayleigh (opposite the church).
If you have any questions you would like us to ask, or any views you would like us to put forward – especially if you are a health care professional – please leave a comment here or email us. 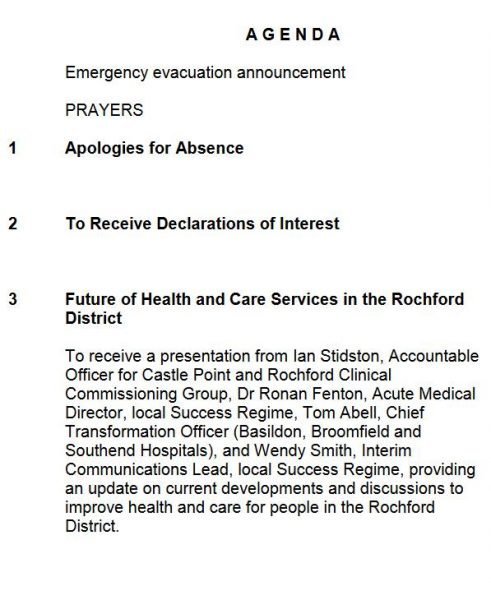