The Independent has the following report:

On Tuesday MPs voted down an amendment which would have seen landlords forced to ensure their properties were fit for humans to live in.

… shadow housing minister Teresa Pearce called for the new rules to be added to the housing bill, rules which would require private landlords to ensure their properties were in a fit state…

So how did our local MPs vote on somethihg that would have required landlords to keep their houses and flats fit for human habitation? The Independent has this interactive map to tell us: 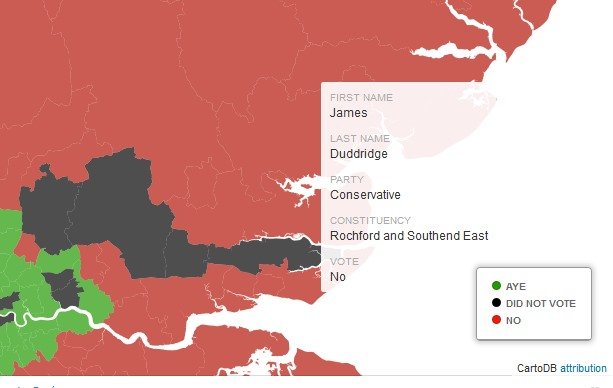