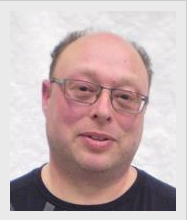 Wearing more colours than Joseph’s technicolour dreamcoat, the non entity, ex UKIP Cllr Daniel Efdes (Foulness and Wakering) has defected from the newly formed independent group ‘Friends of Rochford’ – he has been given a new home in the bosom of the dark side with the Conservatives.

These are obviously desperate times for the Conservative group trying to make small grabs to maintain control anyway they can. With another member to add to the flock this gives them a total of 26 Rochford District Councillors.

onlineFOCUS readers will remember the critical comments made by the Conservatives during the last elections as the Lib Dems, Green Party & Rochford District Residents formed common policies with the Ex UKIP group. Conservative members were known to be spreading untruths about how we had joined UKIP!

Well this is another example of what the Tories do well – hypocrisy and double standards!